Ian Hutchins is an Assistant Professor of Data and Information Science at the University of Wisconsin-Madison Information School. Prof. Hutchins previously worked as a data scientist at NIH, where he developed the iCite bibliometrics dashboard, along with many of its quantitative metrics and the NIH Open Citation Collection database. He also coached high school fencing for nearly a decade. 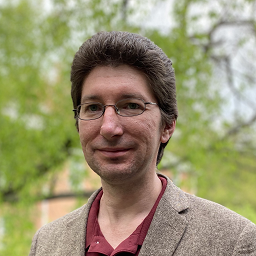 Salsabil is a Ph.D. student at the UW Madison iSchool in Fall ‘21. Her research interests lie at the intersection of Data Science, HCI, and ML. She is interested in extracting insights from data and intertwining those with real-world issues. She is particularly inclined towards solving human-centric and health-related problems with the motivation to add ease to human life. Previously, she completed her B.Sc. in Computer Science from Bangladesh University of Engineering and Technology in Fall ‘19. Visit her website in case you are interested in her previous projects and publications.

Lindsay is in the Pharmacology and Toxicology undergraduate program at UW-Madison. After graduation, she expects to further her education in medicine in the Anesthesiologist Assistant masters program. She was born in Sun Prairie, WI but did most of her growing up in Mankato, MN and has chosen to come back to Wisconsin for school. She’s a very big fan of playing guitar and has been collecting guitars since 2016.

Anna is from DeForest, Wisconsin. She worked in the Hutchins lab when she was a junior majoring in Microbiology. Her plans for after graduation include industry pharmaceutical research, as she had an internship with PPD in their microbiology department. A hobby of hers is that she loves to run. She has competed in numerous half marathons.

Shinhyo was a research assistant in the Hutchins lab when she was an undergraduate student in UW-Madison studying Genetics and Psychology with a certificate in Global Health. After graduation, she went on to further her education in healthcare through pursuing a Master’s degree in Nursing. She was born in South Korea but grew up moving around many different countries.